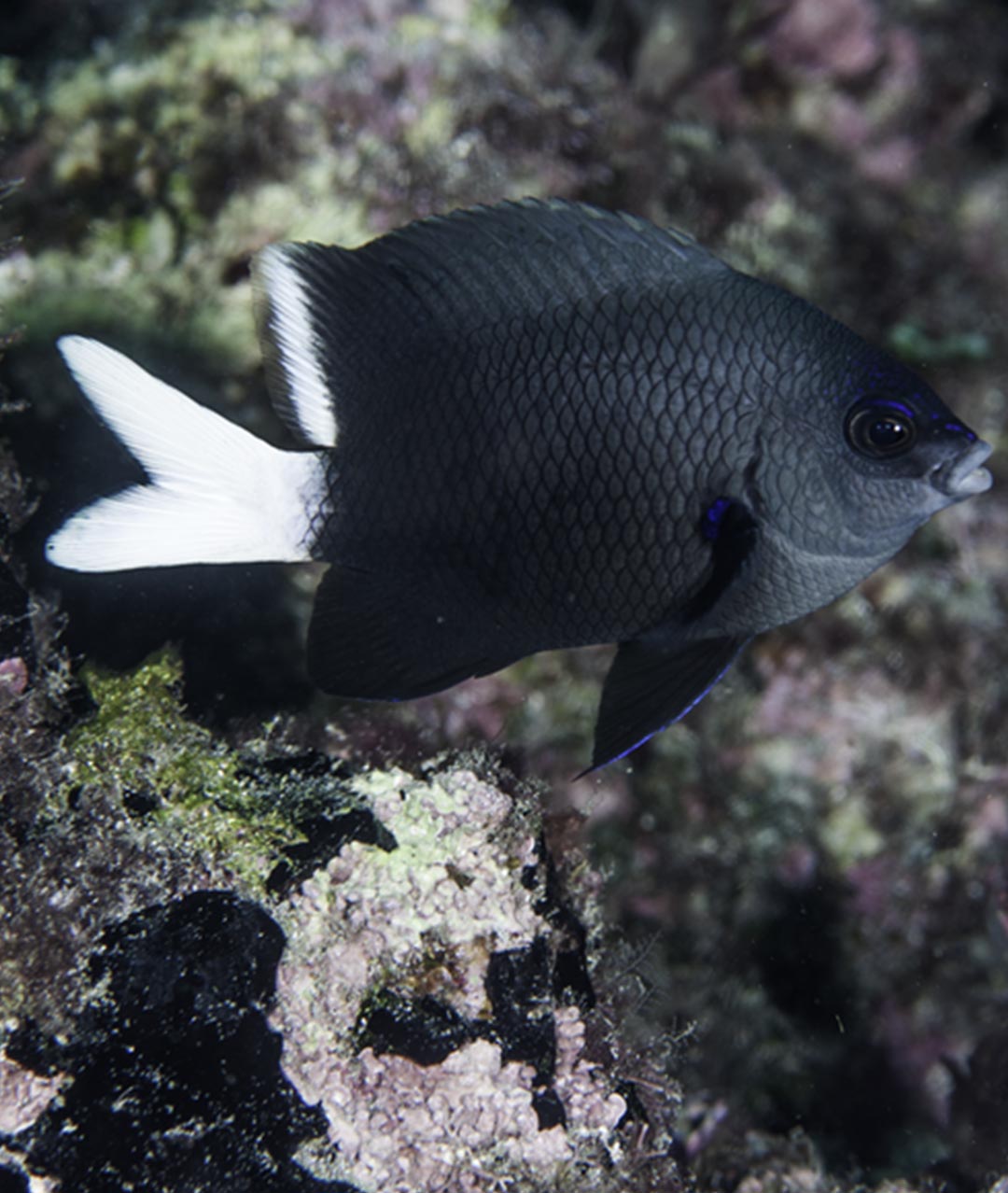 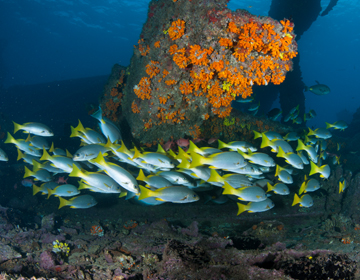 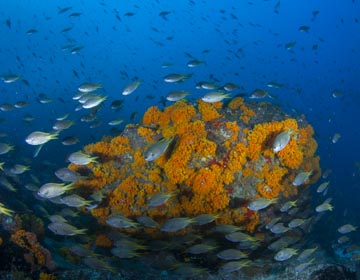 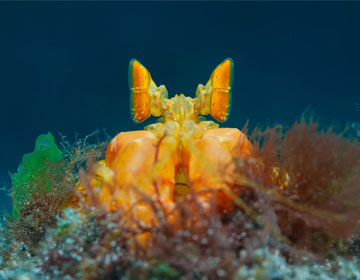 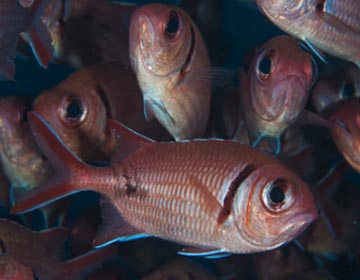 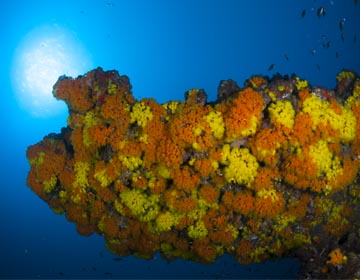 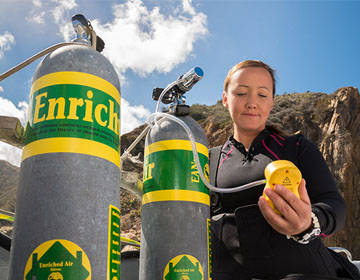 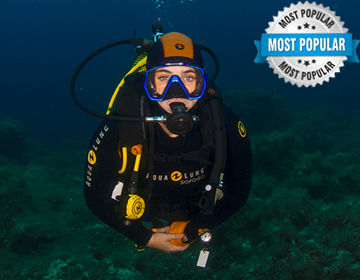 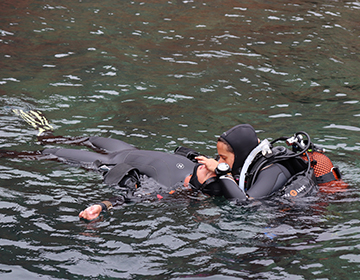 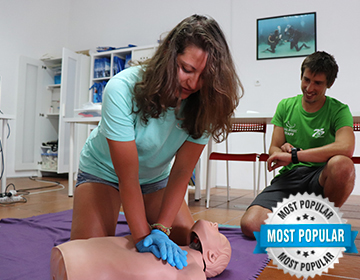 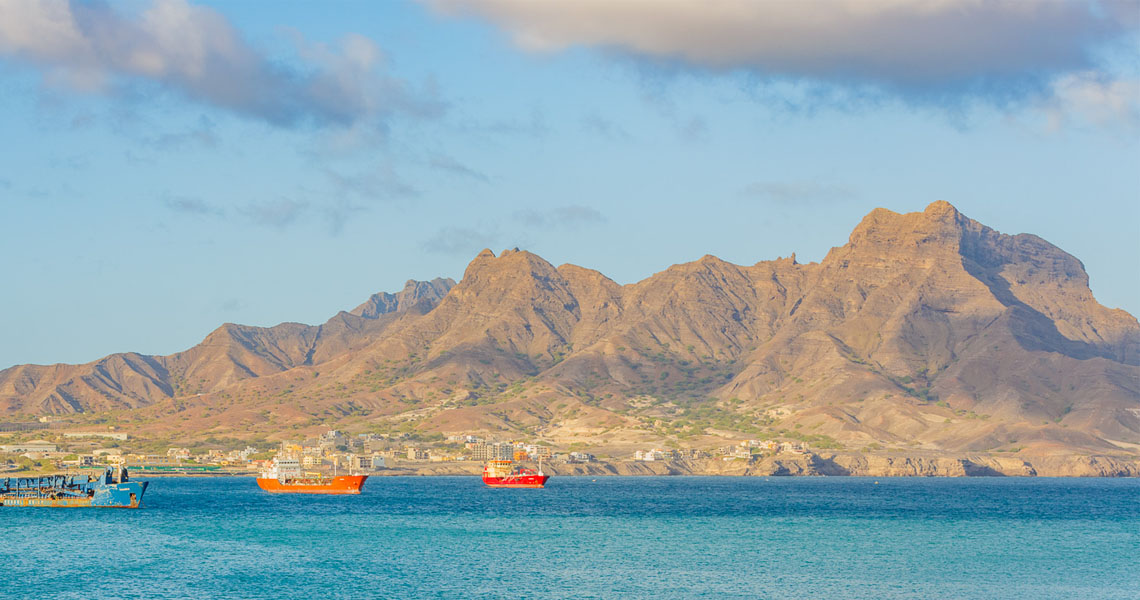 The island of São Vicente has a surface of 227 Km2. It measures 24 km from east to west and 16 km from north to south. It is the seventh largest island of Cape Verde (or the fourth smallest).

Although it is of volcanic origin, the island is relatively flat, especially the central area, the east side of Calhau and the northern area of the Bay of Gatas. The highest point of the island is the Monte Verde with 774 m of altitude. Other important elevations are Mount Cara - so named for resembling a human face looking at the sky (488 m at the peak of the "chin", 480 m at the tip of the "nose", being the highest elevation of the mountainous formation at the peak of Fateixa, more west 571 m).

The climate is tropical dry, around 24 ° C average air temperature. The temperature of the sea water fluctuates between 20 ° C and 27 ° C during the year. There are two seasons: from November to July the dry season occurs and when the trade winds blow; From August to October is the "rainy season", although the precept is actually low.

Due to the many clifs and bays we have more than 20 dive spots close to Mindelo. Underwater the rock formations covered by many diferente colors and huge viriaty of species alows everyone to have an amazing diving expirience in São Vicente.

Cape Verde, officially the Republic of Cape Verde, independent country since 1975, is an island country located in an archipelago formed by ten volcanic islands in the central Atlantic Ocean. The Portuguese explorers discovered and colonized the uninhabited islands in the fifteenth century, the first European settlement in the tropics.

Discovered on the day of St. Vincent (January 22) of 1462, by the Portuguese navigator Diogo Gomes, squire of the Infante D. Fernando, to whom belonged by donation of D. John II, the king his uncle. The island was initially granted to the Dukes of Viseu, which, however, did not proceed to its occupation, a situation that was maintained after, by inheritance, São Vicente passed to the property of King D. Manuel I. Due to the endemic lack of water, the island was, for many and many years, relegated to the humble condition of a simple grazing field of the cattle of some owners of the neighboring island of Santo Antão.

São Vicente would be the last of the archipelago's islands to be populated. It was only in 1838, when a coal deposit was established to supply ships en route through the Atlantic in the Bay of Porto Grande, which the population began to settle, being founded the city of Mindelo. With the expansion of steam in the second half of the nineteenth century, St. Vincent had a development boom, with many English coal deposits in operation and dozens of ships to reach the port of Mindelo to refuel.

The island became a mandatory stopover in the middle of the Atlantic for ships from all over the world, and sailors of many nationalities fraternized in the taverns and cafes of Mindelo. By that time, the city had become an important and cosmopolitan cultural center where music, literature and sport were cultivated. It was even thought of the possibility of transferring the capital to Mindelo.

The cycle lasted only a few decades, because with the replacement of coal in the early twentieth century by diesel as a fuel for ships, the important port lost its preponderance, being replaced by the Canaries and Dakar. Later, the island gained fresh air as a transatlantic point of submarine telegraph cables. In 1874 the submarine cables of the Western Telegraph Company were tied, connecting Matiota Beach, on the island of São Vicente, to Madeira and then to Brazil. In 1886, Cape Verde was also connected to Africa and Europe by submarine cable.

From the golden period, the city of Mindelo preserves a relatively well-preserved historical center, dominated by colonial-style architecture, the Governor's Palace being a good example. The National Liceu de Cabo Verde (which later came to be known as the Central School Infante D. Henrique and is the current Jorge Barbosa School), inaugurated in 1917, was of great importance in the development of national Cape Verdean consciousness, having studied there many of the workers of national independence, including Amílcar Cabral and the current President of the Republic Jorge Carlos Fonseca.

In Cape Verde there are no ferocious or poisonous animals. The Cape Verde’s fauna consists mainly of domestic and non-domestic animals such as birds, small reptiles, coleoptera, endemic insects and birds, there are also several species of small apes on the Santiago island.

There are more than 100 species of terrestrial and marine birds, of which about forty reproduce locally, some endemic and others migratory, from Europe and Africa. A good part is marine, building their nests on cliffs around the islands and islets.

Among the varieties of reptiles are lizards, most of them endemic species. The most famous lizard, the Macrocercos cotei (giant lizard), could reach 50 cm in length, this species was last sighted in 1912 and given as extinct in 2013.

The indigenous flora of Cape Verde consists in 224 species. There are 85 endemic species belonging to 11 families and 17 genera. The most representative genus is Diplotaxis (Mostarda-brabo), with 8 species, followed by the Limonium (Carqueja), Lotus (Piorno) and Tornabenea (Funcho), with 5 species. The family with the highest specific diversity is the Asteraceae (composite) with 10 species, among them Sonchus daltonii Webb (Crown-of-king) and Artemisia gorgoneum Webb (Losna).

The flora of Cape Verde, particularly the endemic, when compared to other Macaronesian archipelagos, is relatively poor in numbers of species and individuals that are inserted in extremely vulnerable ecosystems and subjected to the most varied adverse conditions, such as natural factors, erosive and anthropogenic, which have led, over the years, to a growing degradation of species populations.

The weather and sea conditions in Cape Verde allows us to dive all year around. Cape Verde offers exciting dives with a great diversity of species including some endemic ones like the white tail damselfish (Chromis lubbocki) till the nurse shark, exotic frogfish and not forgetting the huge shoals of surgeon fish, soldier fish, yellow grunt fish and other big pelagic fish.

Diving is made from rigid inflatable boats and the boat trips are short, from 10 to 30 minutes. The surface interval is usually made on the boat and we provide water, traditional cookies and local fruit. 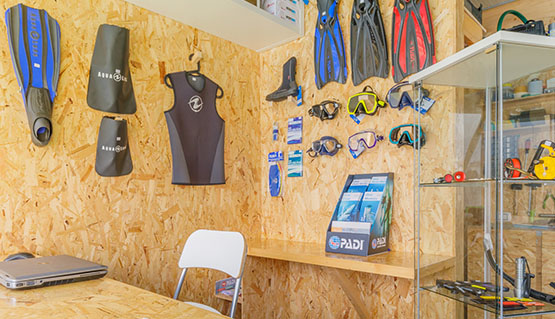 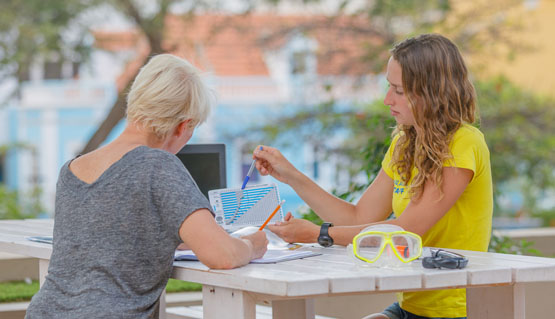 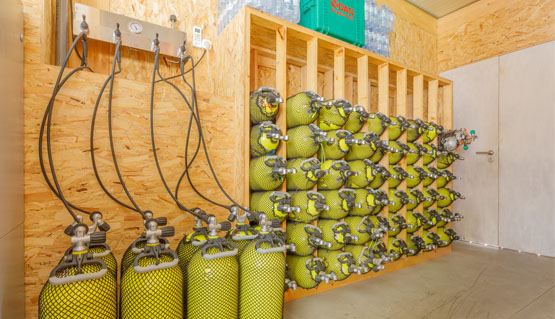 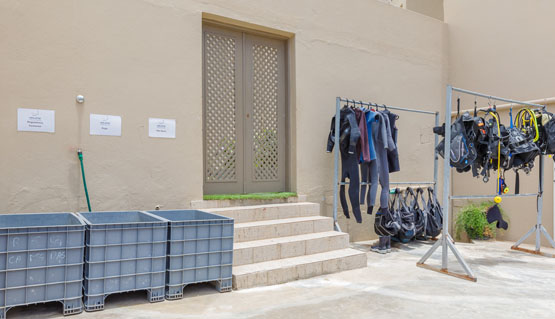 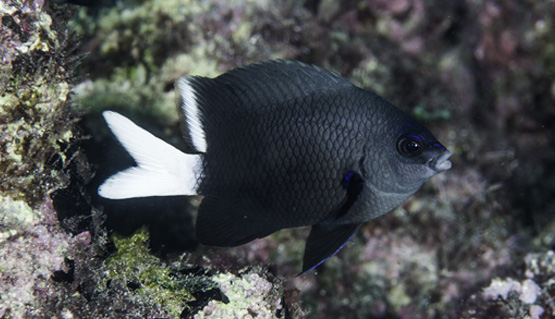 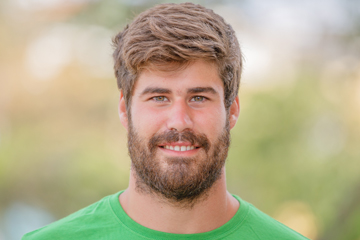 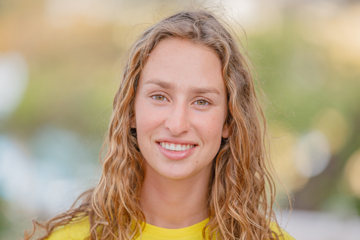 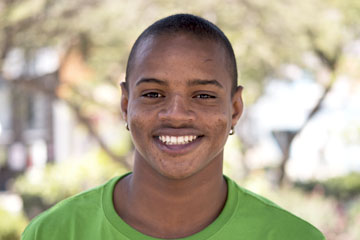 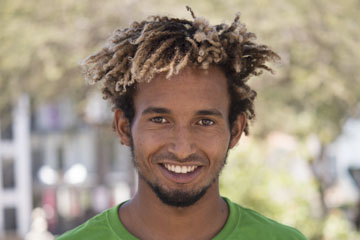